I often write in my blog about mindfulness and how acupuncture can enhance that and after reading two recent articles “The Morality of Meditation” (NYTimes), and “Beyond McMindfulness” (HuffPost), a deeper insight into what we at CommuniChi are actually doing here arose:

Seven years ago, I was making a very comfortable living as an acupuncturist – charging people $100 for a new appointment and $65 for a followup.  The only catch was most people in America can’t afford those prices for very long. Insurance coverage for acupuncture limits access to those with extensive insurance coverage. And even with good coverage, acupuncture traditionally – across its three thousand year history – has never been used as a piecemeal medicine to be doled out on the stingy schedules typical of most managed care plans. Many of CommuniChi’s clientele have been receiving acupuncture weekly for years. Acupuncture doesn’t necessarily cure them of anything, but it makes their lives a lot more manageable, with less pain, less stress, and greater sense of well being.

When I heard about community acupuncture and started to let go of my sense of entitlement around  achieving a certain income level, reflecting more on the ocean of untreated suffering everywhere – right here in Seattle, changing my business model was a no-brainer. But whether it was in my old high-priced acupuncture business, or now, I still see many of the same manifestations of suffering walking in the door. Of course, there are the usual run of the mill aches and pains for which acupuncture works great, but underlying all of these things, the stress of modern life amidst dysfunctional corporate, governmental, institutional, and societal hierarchies is at the root of people’s suffering. And if the lifestyle of an individual does not change – embedded as it is within the typical stress filled modern existence – then any deeper healing can only ever be temporary, or at best, be partial.

American culture is hyper-focused on individuality. We celebrate Independence Day, blowing bombs off in the sky every fourth of July. Yeah, I’ll concede they are pretty in a superficial kind of way, but I don’t imagine the dogs, the birds, babies, or wildlife (whatever wildlife remains in an urban environment) – revel in the typical multi-day open season on explosions.

Modern science is telling us from so many angles that All Life Is Connected. The flapping of a single butterfly’s wings in Borneo influences the whole universe. If that’s too deep and woo-woo, then consider the findings in the study from the NYTimes article linked above – people who took a course in meditation were more likely to exhibit compassionate behavior than those who did not – even more surprisingly, within the context of the bystander effect which would mitigate against such public displays of compassion. This open season on compassion is a pretty commonly observed social phenomenon at CommuniChi, and I expect at any other community acupuncture clinic in the world. People step out of the treatment room after a session and spontaneously exude smiles and welcoming conversation to total strangers just arriving for their first session.

This reminds me of an anecdotal story I remember from the mid 70s when I began meditating that linked cities where at least 1% of the population meditated to reduced crime rates. But here there is another catch. It’s easy to over-simplify anything and much of what we read on Facebook or even the front pages of our corporate owned media, is written with personal and political biases of every shade. What do we mean when we say “meditation”? Meditation or mindfulness, like yoga, is fast becoming the hottest buzz word of the personal empowerment movement.

As the McMindfulness article above points out, it’s possible to be hyper-focused and mindful while you sit in an air conditioned bunker and remotely operate a drone strike that kills innocent men, women, and children in Pakistan, Afghanistan, Yemen, and a growing list of other targeted locations around the globe. It’s possible to be mindful while one engages in deception and fraud, cheating millions – as in the mortgage fraud – while cleverly evading justice and effectively bribing government officials. Does the very healing that much of the health care system in America offers actually get to the root of the healing, or only support us just enough to return to keep us plugged into a dysfunctional system. 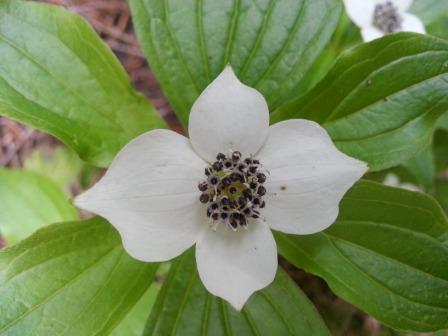 Healing of our aches, pains, and sufferings – at the root – obviously entails more than taking a pill. Getting needled in a private cubicle for $100 is only marginally better. In order to heal as individuals, we can ill afford to ignore the larger context of our shared, interconnected world any longer. That is one of the beauties of community acupuncture – healing happens in the context of a room full of complete strangers. And that can only happen because the medicine is affordable and accessible to working class people outside the one percent. There are some who think I’m devaluing myself or my profession by charging $15 for an acupuncture session, but I pity the self-centered myopia of such thinking.

CommuniChi is blessed to be situated in one of the most diverse zip codes in America – where I am told, over thirty different languages are spoken. It is not uncommon for a six or eight or ten people from all different cultures, races, ethnicities, gender identities, and other diversity markers – invisibly merging healing energy into a super-powered bubble of global healing radiating out from one little room on Beacon Hill that faces east towards the Cascade Mountains, and back again into everyone’s heart. Identities and barriers which separate people from each other – and all life – begin to break down. It’s an extraordinary event to witness and at times, I feel like I am a midwife to the birth of something huge – a healing evolution on planet Earth bringing forth the next cosmic age.

Thanks to everyone who makes it possible – to the staff and security at El Centro de la Raza, my fellow team members – Sam, Lisa, and Cynthia, the many student interns, my family, and especially – to you – the community who believe in this idea and make it sustainable by telling your friends. By the way – we have another free day for new patients coming up next week – Thursday and Saturday. Sign up online.