I am often asked a flood of questions about acupuncture? How does it work? Do I do it on myself? What does this point do? When I feel a heavy sensation in my foot during the treatment, what does that mean? And so on. Sometimes I am at a loss to answer many of these questions because to be honest, I don’t know how acupuncture works. My head is chock full of theories that I was taught in school about how it works, but reality never quite completely conforms to our conceptual interpretations of life. And I don’t think it ever will.

So I often say something like, “After twenty years, I don’t know how it works, I just know that it does”. Sometimes that satisfies people, but the questions keep coming. So here’s a story about foot pain – my own – and how acupuncture and qi – work.

In the early 1990s, I was dancing. It happened to be the full moon on Halloween. I was in socks and the concrete floor at Peaceworks Park was very smooth.  There was a lot of energy, and so it was that my karma ripened at that moment in the form of tearing two ligaments in my left knee, launching me unexpectedly on a new path which would change the course of my life, first via a trip to the operating room to have my knee reconstructed.

After surgery, my knee swelled up like a watermelon. When the qi (pronounced chee) or life energy is blocked, stagnation and swelling occurs. Someone suggested trying acupuncture to help with the pain and mental trauma that I was experiencing.

During my first acupuncture treatment, I remember feeling something quite profound. My body was alive, almost transparent, in a way, that I had never experienced before. I could feel the energy and soon, I learned that I could work with my own energy (and others’ energy) through practices like meditation and Qi Gong, and acupuncture of course. There is an understanding within many eastern medical and spiritual traditions that wherever you focus your mind, the energy will follow. Mind is actually the most subtle form of chi. As much as possible, I placed my intention on healing, which guided me to my first Buddhist teacher, acupuncture school, and to a broader extent, to everything good which has happened in the last quarter century of my life. It all began with focusing on a healing intention.

The knee eventually healed. The summer after my surgery, I rode my bicycle 2000 miles from Canada to Los Angeles, but one of the nerves in my left leg had been cut, causing some numbness in sensation.  More recently, I’ve noticed that I have started to experience neuropathy – loss of feeling in the toes on my left side. When the channels of energy are severed due to surgery, the chi flow becomes obstructed in that area. After the neuropathy, I noticed that under my pinky toe, some type of neuroma (a thickening of tissue around the nerves in the feet) had formed, making walking painful.

The neuroma became quite painful following my second hike up Kaleetan Peak in mid July this summer, which isn’t surprising given that the twelve mile “trail” was over angled rock, placing extreme stress on my feet. Last week, this reached a crisis when I realized I was experiencing pain just walking on level ground in my clinic. Reading through the comments of an article on neuromas online, one of the commenters said that one treatment of acupuncture had cured them. Duh Jordan!

So I sat down on my couch and poked the bottom of my foot with four needles. As is often the case in life, results requires persistence. The pain was still there. I also tried garlic, ginger, and cayenne foot baths, epsom salt baths, and self-massage to help increase circulation, reduce inflammation, and mobilize tissue adhesions if present.

The concentrated garlic, ginger and cayenne foot baths gave me a massive headache which lasted nearly two days! Our skin actually absorbs whatever we put on it (have you read the ingredients list for the sunscreen or bodycare product you use?). Our yin and yang is in a delicate balance – garlic, ginger, and cayenne are all very yang stimulating herbs, resulting in upward flowing energy in the body. Too much can result in headaches in sensitive, yin deficient individuals such as myself.

I felt depressed. The backpacking trip that I had planned for a year was fast approaching and the pain in my foot seemed to be getting worse, casting a cloud of doubt in my mind. So I gave myself another acupuncture treatment and in the morning, when I reached down to inspect my foot, I was amazed. The swelling had reduced significantly, and the pain was gone. I went to the website of the Hurricane Ridge webcam and the rain from the previous day had almost all cleared. The two week forecast calls for sunny skies and only a 10% chance of rain.  I’ll be leaving for a week on August 3rd. Hope you are enjoying your summer and always remember to establish a clear intention on healing! 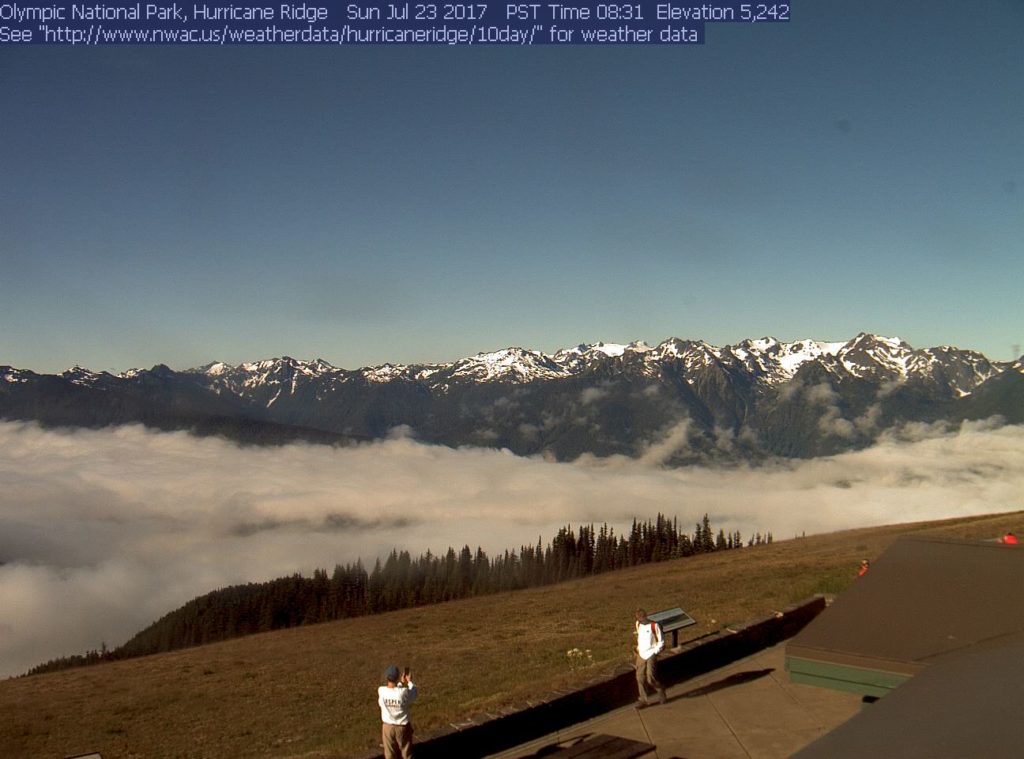