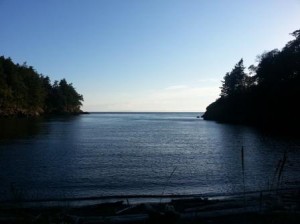 Mid summer, enjoying our amazing run of sunny days in the Northwest, my fifty four year old body started to take some hits. During my spectacular but grueling 19 mile hike through the Enchantments, I smashed both my big toe nails in the slightly too large boots I wore. They are both still black 6 weeks later.

A few weeks later, I smashed my thumb in a car door – another black nail. A fall while playing Frisbee with my daughter on my birthday Monday – bruised ribs and a jammed middle finger. Then there’s the increasingly achey back which is one of the main complaints I see at CommuniChi on an almost daily basis. Life is a mixed bag in the relative world. Buddhist teachers tell me to avoid eight things in particular: attachment to pleasure, praise, gain, fame, and aversion to pain, blame, loss, criticism.

This contemplation of the wise can also be understood from a different angle expressed at its most pithy– “everything changes”. Our bodies change as we age. Our fortunes rise and fall. Birth ends in death. Empires end in ruin. Meeting ends in separation. The in-breath is followed by an out-breath. What goes up, must come down. This last one was a topic of frequent discussion as my family pedaled bicycles around San Juan Island last weekend. “Does this (up)hill have a downhill to it?” – my ten year old daughter asked repeatedly with muted despair.” 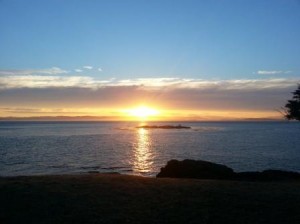 It would be difficult to cope with these polarity shifts of life without Dharma. Dharma is a Sanskrit word which translates roughly as “truth”. It can also mean – “that which brings freedom from suffering.” Dharma is not ultimately concerned with what is written in holy books. Knowledge is important and I treasure my collection of meditation manuals. The heart of wisdom though involves focusing knowledge through the lens of your own experience and awareness so that one directly sees truth rather than merely relying on religious faith or belief.

Wisdom is like a coat of armor to deal with the challenges of modern life. Last week, I attended a video conference in Senator Maria Cantwell’s Seattle office. With four other friends, we had arranged to speak to one of the Senator’s staff members in Washington D. C. about the ongoing disaster at Fukushima nuclear plant and its global health implications. We had three goals – 1) to request a Senate investigation, 2) to urge internationalization of the response due to the deepening state of the crisis, and 3) to request that relevant government agencies conduct due diligence regarding testing of air, water, soil, and water for radioactive contamination. It’s difficult to say what the outcome of our meeting will be, but my friends and I had come together with a common sense that silence and inaction was definitely not contributing to our goal of minimizing harm on the planet. 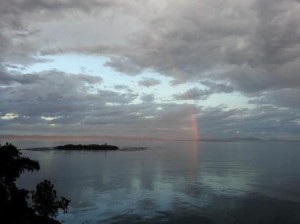 Fukushima deeply alarms  me – more than any of the wars of the past century. It is a ticking time bomb with immense radioactive contamination potential. Arnie Gunderson, a former nuclear power operator with 40 years of experience in the nuclear energy calls Fukushima “the biggest industrial catastrophe in the history of mankind”. Arnie and Arjun Makhijani discuss the Fukushima situation in an August 30 podcast. In short, the catastrophe is far from over and it has the potential to morph into something orders of magnitude worse.

Dharma reminds me that life is a mixed bag. As soon as we’re born, the process of dying begins. It’s really no different for nations, planets, stars, and all things produced by causes. So there’s nothing “gloom and doom” here. It’s the dharma of our present global situation and if we wish to be free, we need to find that middle way between sticking our heads in the sands of denial on the one hand, and freaking out merely because we cannot predict the exact timing and circumstances of the demise of our body and our planet, on the other. This isn’t an excuse for an apathetic rejection of the external world, letting us off the hook so we can stare at our navel on our meditation cushion (or a thousand other modern escapes). 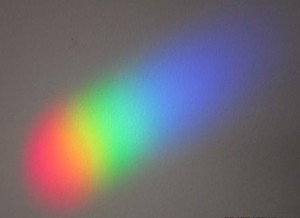 There’s lots of positive things we can do – like sign and share this petition to the UN urging international involvement in the Fukushima situation. Work for peace and non-violence locally and globally. Support fair labor laws for migrant farmworkers and teachers. Organize against gun-violence, racism – there’s actually a million things to do.

But remember to take care of yourself in the midst of all that doing, or else, you’ll only become part of the violence, beginning with lack of care for your own body and mind. This is actually one of the best reasons to Make an appointment – to balance body and mind, to push the grand reset button of your life and return to the present moment, giving yourself the opportunity to start anew at the cellular level, and the pure consciousness level.

Mind and body are intimately related during life. But when death occurs, the most subtle nature of the mind leaves the body and flows on. It is like a beam of light and can never destroyed – not even by radioactivity – although it can be continually refined by the quality of our living (and dying). Viewed from another angle, the most destructive and toxic phenomenon in the universe is not radioactive hot particles, or a cruise missile, but anger fueled by ignorance. And the most powerful phenomenon in the universe is love empowered by wisdom. I hope these reflections help guide you to your own middle way in these turbulent times.