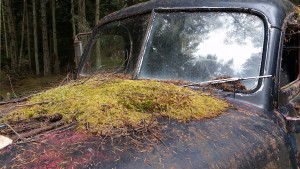 In the aftermath of Senator Bernie Sander’s visit to Seattle on August 8, social media and the blogosphere has been abuzz with analysis of the interruption of his planned speech on Social Security and Medicare by two female Black Lives Matter activists.  First, I should mention that I was not there – I was doing acupuncture in my clinic – but immediately started reading accounts from Facebook friends who were. The chronology of events is probably familiar to most so I will not repeat them in much detail. For those needing more background, click on the links at the end of this article.

Many white people who came to hear Bernie were upset and angry over the interruption. Some pointed out that if these ladies had been more organized, they probably could have gotten on the list of approved speakers and been given five minutes to say a few words about the ongoing tragedy of institutional racism and police violence and killings of blacks.  But as many observed, social movements are sometimes messy, unruly things. Civil disobedience and agitation are widely accepted traditions in struggles for justice.

To be fair to the audience at Westlake Park, most commentators reported that there were four and half minutes of observed silence at the request of the two activists – everyone or nearly everyone, seemed more than willing to at least offer this symbolic gesture of respect and prayer, that soon this violence and racism can end. However, following the silence, the ladies continued to command control of the mic, verbally attacking the crowd, and any good will that had existed towards their actions largely evaporated.

It should be pointed out here that Black Lives Matter is not some monolithic organization with an approved speaker’s panel. These two individuals acted – very spontaneously it seems – on their own and leaders of the national movement were quick to apologize to the Sander’s campaign.

How do social movements confront violence within their own actions?  There is a wide spectrum of examples by different individuals and groups across history from which we can draw lessons. If we think of Gandhian resistance, Dr. Martin Luther King, Jr., and Nelson Mandela, the commitment to non-violence is clear. And in a Buddhist sense non-violence includes not only restraining from harming others physically (even while disrupting business as usual), but also, not harming others verbally, or even harboring malice in the mind.

I don’t mention this from a place of spiritual arrogance that would condemn the two activists yesterday for their actions, for despite their messy (aggressive, disrespectful) tactics, much good seems to have come from the ensuing discussion – the progressive community got a reality check on just how much work remains to be done in removing the specter of racism from the hidden corners of our individual minds and our society. Not least, Senator Sanders seems to be getting the message that is key to building bridges with the black electorate. 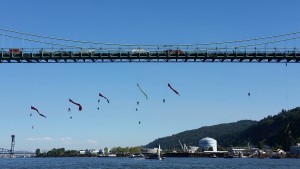 A personal story: Trayvon Martin was shot and killed February 6, 2012. I note the date with some amazement and a lot of sadness, because it has been three and a half years since I lost a close black friend over a Facebook discussion in which I unconsciously sent a message that her anger wasn’t okay. That was never my intent, but relationships, like social movements are messy.

After hearing about the reaction of many whites in the crowd last Saturday, who responded with hostility to the two activists, I realized that as a Buddhist, my job is to curb my own anger, and to love other people, even when their anger seems to be directed at me.  In other words, I need to keep learning not to take things personally, be a better listener, try harder to feel the almost unfathomable pain, grief, and loss of centuries of racist violence directed at blacks.  Too often, blacks have been silenced, socially muzzled by a white imposed dictum which though not codified anywhere in writing, nonetheless states that it is impolite to make white people feel uncomfortable about their continued participation in a racist system which continues to give preferential treatment to whites – economic, occupational, legal, educational, residential –  at the expense of blacks. If we are sincere about wishing to facilitate healing, we need to make room for people to experience their feelings of grief and anger and hold them with love.

I do not view anger as innate to human nature – it is something that can be transcended. But in many situations, anger arises, and it is therefore understandable. Does it help us see things more clearly? No. Does it inspire action – yes. But there is a difference between the actions of a wounded animal, beset with emotions of rage and perhaps fear, and the focused satyagraha of Gandhi which inspired Nelson Mandela, and Dr. Martin Luther King, Jr.  From my own life, I have seen the destructive power of my anger, but I have also learned that it is foolish to counsel someone else that their anger is destructive – unless they are specifically asking for spiritual-emotional advice, or at the very least, waiting until the anger subsides before addressing it with compassion and understanding.

How the mind distorts our perspective: In my early thirties, I left a troubled relationship to find solace and renewal on a solo kayak trip in Alaska. I had just paddled away from the tiny town of Gustavus, heading north towards the retreating glaciers. As I journeyed north in Glacier Bay, increasingly I was leaving the hummocky forested terrain and trees behind, the landscape becoming more barren and rocky.

A similar stripping down to the essential nature of things was underway in my mind. On the third day, I landed on an empty beach which faced north and began to unload my kayak in preparation for dinner. What happened next is a marvelous example of how the mind, having pieced together its version of reality through a composition of sensory data (in this case mostly visual), adds a layer of assumptions on top of that, and arrives at a conclusion which at the time seems logical and indisputably true, only to be brought face to face with an illusion abruptly shattered. Whether in human relationships, or in one’s relationship to phenomena in general, this process is occurring perpetually – according to Buddhist thought – for anyone who has not deeply trained their mind to see external objects and peo 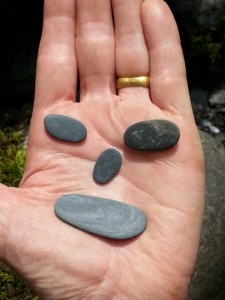 As I sat on the beach, eating my bowl of hot rice, I observed an inflatable zodiac racing across the bay about a mile distant. It was a heading towards a sailboat which had suddenly appeared from the north. “Joining the party”, I mused. I squinted to examine the sailboat which seemed to be of a very odd rig. Then, I realized that it had been dismasted, with what was left of the two masts jutting up at odd angles. “Oh my god, that ship is in distress!” I realized. Some minutes earlier I had heard a large sound, like a “boom!” There must have been a gas explosion on the ship. I then recognized the orange color of the zodiac and the official markings of the Coast Guard, racing to pluck the survivors from the icy water. I watched in alert anticipation as the inflatable raced closer and closer….and….the zodiac passed the ship in distress and kept on going north without slowing down, without altering course, without even waving.

I stood up, waved my arms frantically and shouted into the wind: “Hey you bastards! Don’t you see them! They need your help!” A gentle north wind had been picking up all this while and the mystery ship was now drifting closer into view. And then in one moment of eye consciousness, I realized that…….I was looking at an iceberg – something I had never seen before in my life. There had never been any ship, nor any Coast Guard boat – just an iceberg and some tourists in an inflatable. The “boom” sound was probably a large piece of ice calving from the main terminus of one of the glaciers, further to the north. The entire drama was a figment of my imagination.

In Buddhism, the classic example used in understanding the process of conceptual imputation influenced by ignorance is that of the person who, when entering a darkened room, sees a coiled rope on the floor, but mistakes it for a snake. And so it is in our relationships with self and other. We see real people – real in the sense of having fixed and solid attributes that we assume can be found independent of causes and conditions, parts, and conceptual imputation. However, when we bother to look with precise and sustained attention, no such independent self or other is found. Everything is relational. There are no absolutes. There are always different perspectives. 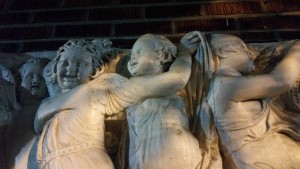 By Sunday, I had read enough political analysis on the Sander’s rally that my head felt like it could explode. It was time to step away from my computer and act in the physical world. I went to my garden and picked about a half dozen ripe tomatoes and rode my bicycle to my friend’s house, intent on rebuilding a bridge which had been neglected for three and a half years. I kept it brief, without psychologically burdening her with the details of my long (ongoing) journey of awakening as a white anti-racist ally. She accepted the tomatoes with a smile and a hug and we chatted about our kids and the beautiful hiking in the Cascade Mountains we had both been doing lately.

If we wish to be true allies of black, and all oppressed people, committed to justice and liberation, we must be unafraid to touch their pain and realize it as our own. We are not separate. We must be willing to roll up our sleeves and our pant legs, suck up our oversized egos and enter the messy arena of struggle for social justice. We must be courageous and unafraid to make mistakes, to experience uncomfortable feelings, to open our hearts and be willing to learn. Our commitment needs to be deeper than clicking “like” buttons on Facebook or posting #blacklivesmatter hash tags on Twitter.

**The opinions expressed herein are my own. They doubtless contain inaccuracies and distorted subjective perceptions, coming from the mind of a being still trapped in dualistic thinking. Thanks for reading. I invite your comments and perspectives.

More perspectives on the Black Lives Matter action on August 8, 2015:

Resources for white people wishing to become a more effective ally for people of color:

A People’s History of the United States, Howard Zinn

The New Jim Crow, Mass Incarceration in the Age of Colorblindness Michelle Alexander

Why are All the Black Kids Sitting Together in the Cafeteria, Beverly Daniel Tatum, Ph.D.

A few books on learning to see things clearly:

When the Chocolate Runs Out, Lama Yeshe