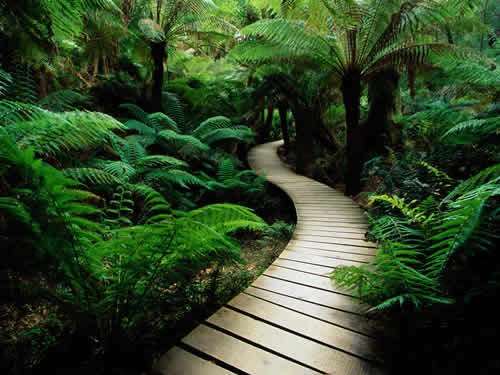 If you open a current textbook on anatomy and physiology, you are unlikely to find any reference to “subtle energy”. The prevailing notion in western science continues to view the body as composed of discrete atoms and grosser parts which comprise systems inside of a glorified machine. This is beginning to change, fortunately.

The Chinese term for life energy is Chi (or Qi). The quality, availability, and smooth exchange of Chi defines health in the Chinese system. Human Chi comes in different degrees of refinement ranging from coarse Chi derived from food to subtle Chi from air to the most subtle Chi of the mind. So what this means is that health is not just about the vitamins and minerals in food, but equally important is the quality of air we breathe, the depth and regularity of our breathing, and even the thoughts and emotions in our mind.

This is really quite a profound paradigm shift from the traditional view, and its implications are vast. To really begin to understand the potential of the mind’s role in enhancing our health and quality of life, reading about it is insufficient. We need to experience it.

So I will explain a little more about acupuncture, but first, I’d like to give you a taste of this experience if you would be willing to participate in a very short experiment as we practice breathing together:

Sit comfortably, with your back straight and chin tucked slightly forward. Close your eyes or let them remain just slightly open, gazing softly at the floor in front of you. Let your hands rest comfortably in your lap, or on your knees. Feet flat on the floor. Scan the body, softening and releasing any areas of tension the muscles of the face: the jaw…. neck…. shoulders…. spine….arms…. hands…. hips….. legs…. feet.

Bring your attention to the flow of air in one inbreath, one outbreath. Observe the breath as it naturally occurs. If thoughts arise, simply notice them arising, without chasing after them, bringing the focus of attention back to the breath again and again. Simply observe the breath.

(Note: It will be more effective if first read this guided meditation and then sit away from your computer for a moment to actually practice it. Or make a tape recording and listen with your eyes closed, doing the meditation). Feel different? This simple exercise, practiced daily, can add years to your heart, and is a time tested method for living a contented and peaceful life.

The Experience of Acupuncture
Acupuncture moves the energy in the body and helps to open up areas of energy blockage. Pain is in indication of energy blockage. Acupuncture helps to remove the blockage and bring fresh qi to the injured or malfunctioning organ. So the theory sounds pretty good, but perhaps you are still filled with a strong sense of aversion to the idea of being poked like a pincushion full of needles. At least, that’s how I felt until one day many years ago when I was recovering from knee surgery.

A friend suggested I see an acupuncturist and when the first needle was inserted, two recognitions dawned. First, I realized it didn’t hurt. I barely felt the needles.  Second, I felt an energy in my body that I’d never been aware of. Pressure was being released from the knee and my whole body was filled with a tingling warm sensation. After a few treatments, the pain and swelling in my knee was noticeably lessened, the flexibility improved, and a few years later, I was in my first year of acupuncture school.

Historians estimate that acupuncture was first practiced about three to five thousand years ago. Mountain hermits in China observed the external environment and realized the same forces in nature were at work within the human body. It has also been reported that Plains Indians here in America also practiced acupuncture using porcupine quills. But clearly, it was in China where acupuncture was developed to its fullest expression based on Taoist philosophy.
The Dynamic Landscape of the Body-Mind

Yin and Yang, are at the core of Chinese thought and these concepts, illustrated by the familiar interlocking black and white circles represent the dynamic interplay and interdependence of opposites. The balance of winter, summer, water, fire, cold, heat, matter and mind, etc. are equally important for harmony in both the external world, and the internal environment of the body. And just as nature has power points, valleys, mountains, deserts, river deltas, and so forth, so too does the human body possess its own feng shui, which is utilized for healing in acupuncture.

These early explorers looked into the human body and thoroughly mapped out its energetic interior. Modern science, using electronic measuring equipment, has largely verified their observations regarding the presence and location of energy channels and acupoints on the surface of the body.

So this is the basis of acupuncture using the landscape of the body to influence the flow of vital energy. The acupuncture points seem to function like energy stations on a power grid. Where there is impaired function or pain, the energy is often blocked or there may be a problem in the organ associated with a particular channel. Needles are inserted at appropriate locations, and balance is restored. When the system is in balance, energy flows smoothly and wellness is present. Of course, it cannot and should not be reduced to a fixed mechanical system because that is the weakness of western materialistic thought which fails to recognize the primary importance of the mind as an organizing factor in human existence. I’ll be coming back to that point repeatedly.

One Disease, Many Patterns.

An important distinction between western biomedicine and TCM (traditional Chinese medicine) is that the tendency in the west, until comparatively recent times, has been to identify disease as being caused by singular objective entities, the classic example being bacteria and viruses – the “bad bugs” existing out there, completely independent of the person. In this model, all individuals who test positive or otherwise show symptoms of a bacteria or virus are grouped together into the same disease category and all receive the same treatment. There numerous problems with this approach from the perspective of holistic medicine.

By contrast, TCM does not focus on microorganisms or even trauma as the primary causes of disease but looks more closely at the unique balance of each individual. So even if two individuals are exposed to the same virus and manifest symptoms, the disease patterns often look very different, and the treatments will be correspondingly different based on the individual, not the conceptual category. Similarly, any trauma will always be overlaid on top of the unique constitutional strengths and weakness of an individual, often requiring individually tailored treatments.

Just to give an example here, two persons may be diagnosed with the flu one person’s symptoms are high fever, strong aches and pains, lots of phlegm, loud cough, vigorous pulse and thick coat on the tongue. The correct TCM treatment for this person would be to encourage sweating with diaphoretic herbs and acupuncture points that vent the external energy layer, as well as points and herbs which deal with the phlegm.

Another person has a low grade fever, feels very weak, dull aches and pains, no cough or mild cough, mild sweating, weak pulse, thin or no coat on the tongue. To give this person the same treatment as the strong person would be disastrous. The TCM approach here is gentler, tonifying in conjunction with clearing the external invasion. So this is one problem. By formulating treatments based on rigid disease concepts the unique presentation of individuals is often overlooked, and medicine has correspondingly variable effects, sometimes helpful, sometimes not so helpful, perhaps even counter-productive at times.

The Concept of Wellness: Implications for Personal and Global Health

A second problem relates to a health care system which implicitly defines health as the absence of disease rather than as a state of optimal wellness. This distinction may at first seem overly subtle, but its implications are large when our entire health care system focuses on eliminating evil pathogens rather than teaching individuals how to maximize their health.

I see a parallel here between nation states and global diplomacy in the age of terrorism. When our government seeks to eliminate stereotypical dark skinned Middle Eastern terrorists (largely ignoring violence by white men, or institutional violence driven by corporate greed for natural resources and profit) instead of funding much needed health care initiatives around the planet, we are fighting a disease without promoting any healthy alternatives – an unlikely scenario for success.

The preoccupation with eliminating disease rather than maximizing wellness, has resulted in an overwhelming focus on increasingly sophisticated technology which tends to dis-empower people. As a society, we tend to rely more and more on the technology, and less on our own innate wisdom. TCM does not say machines are evil and that we all need to go back to living barefoot in teepees (although that might be pleasant way to spend a summer fortnight). What it says is that the primary responsibility for health and healing rests with the individual.

We make gods out of doctors and even acupuncturists who tend to get placed in the role of fixers. People in general accept this imbalance of power, forgoing responsibility and direct control over their health, paying insurance premiums which are increasingly unaffordable to many, and letting the system take care of them. The classic example here is the medicalization of birth, and women’s health care in general. For thousands of years, women have been giving birth squatting on the ground and suddenly in the last few generations, birth is being portrayed as a dangerous event requiring extensive computer monitoring and invasive procedures. Concurrent with this shift are some startling statistical findings – the U.S. leads the world in the rate of cesareans – nearly 30% of all births in 2005 according to the CDC.  The U.S. however, has the one of the highest rates of infant mortality of any modern industrial nation. (Source: Save the Children, 2006).

Women are subjected to a subtle message that their bodies are mysterious, and what used to be viewed as normal life events, birth or menopause, are now requiring more and more surgical interventions and the statistics are beginning to show that the results of this focus on disease has some problems.

We Create Our Health
If we go through our lives, hyper-vigilant about all the dangers and evil that our egos project on the world, then we create that reality in our lives. TCM does not contradict conventional viewpoints on disease and health. It merely represents a different way of looking at things. Individuals with balanced, healthy energy tend to be less affected by viruses and bacteria, and less likely to get into accidents. And if we would heal the world, we need to begin with ourselves.

Acupuncture is no more a magic cure than is any other treatment, modern or ancient. The real healing begins when individuals take responsibility for their health, learning to practice wellness, rather than following lifestyles which promote disease.  Regular acupuncture treatment is an effective method for learning how to find that balance.