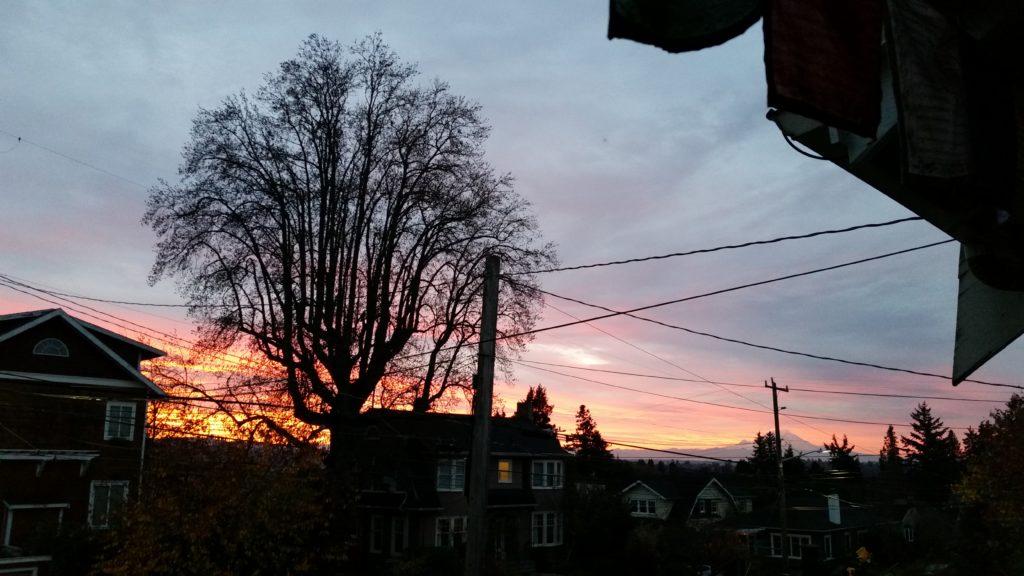 “Everything is delicately balanced on the tip of the present moment.”

“That’s true”, my mom softly replied from her hospital bed, staring straight up at the ceiling with a gaze that suggested her consciousness was exploring the edges between this world and the next.

Helping her navigate away from the shoals of despair and isolation which lurked seemingly just around the corner of every beeping monitor, I invited her into a familiar recitation of my grammar school essay which she kept for more than half a century, tucked away in a folder of keepsakes :

“Captain”, she replies, breaking a smile.

“Big and fat”, delighted that we are playing this memory game again and that she can participate.

What does he eat?

One of her care managers told me that visually, cognitively, the experience of someone with advanced Alzheimer’s disease is as if one is peering out at the world through a long tunnel. In order to help minimize their anxiety, controlling the environment and conversation with cognitive markers that orient them without overwhelming them is essential. Some care facilities do a very good job of this. Hospitals are by nature problematic in this regard.

My journey with my blood mother now, parallels and overlaps with the journey I make as a child of the third planet out from the sun. Witnessing my Earth Mother ravaged by a systemic disease, at times I despair that she suffers from “humanitis” – inflammation of humans.  It as if the collective consciousness of modern society suffers from an “ecological Alzheimer’s”, operating in a tunnel vision that only sees dollar signs. Self-absorbed in our high tech world of global markets, political power struggles and other concocted realities, our connection to that which actually sustains us – the sun, earth, soil, water, air, and caring relationships in community – hangs by a thread and a distant memory. We need markers to orient and guide us.

Spiritual Guideposts. The darkest moment is just before the dawn. Even as an ebbing tide of greed and hatred threatens to drown us all in an ocean of war and environmental self-destruction, a new tide of love and defense of Mother Earth and all her children has already started rising.

A Latino man in my acupuncture clinic shared with me his state of mind, even as people of his ethnicity come under the hostile eye of an incoming Trump administration:  “Fear is pointless”, he remarks. “Everything is contained within the vastness of infinity.”

This one life is but a tiny section of a long journey which has had countless joys and sufferings. In Buddhist thinking, everyone has been everyone else’s mother – not just once, but countless times. Of course, I cannot say what action is right for another being and I fully acknowledge my many privileges within an unjust system of laws, policies, and prejudices among humans.  Clearly, it is much easier to reflect on the spiritual nature of life when one is not experiencing immediate and harsh forms of oppression or violence.

That said, whenever I feel targeted, wronged, marginalized, and so forth, I try to remember that my oppressor suffers from a sickness or wound of the spirit, like I do, and that it is skillful and wise to see them as a long forgotten mother who once nurtured me in I past life – maybe as a human, maybe as an animal or insect. It does not matter in what life or what form, or what epoch it occurred – love was exchanged, and that is a timeless truth.

Just as we suffer from our current sicknesses, the wise and compassionate thing to do is to care for those who are also sick and show them the way to health, whether our small minded ego labels them “friend”, “stranger”, or “enemy”. This is why the actions at Standing Rock, North Dakota, have thus far been successful in stopping the destructive forces behind the Dakota Access Pipeline. Because the spiritual elders leading the water protection campaign are in alignment with peace and spiritual truth, they draw from and inspire with a source of infinite power. 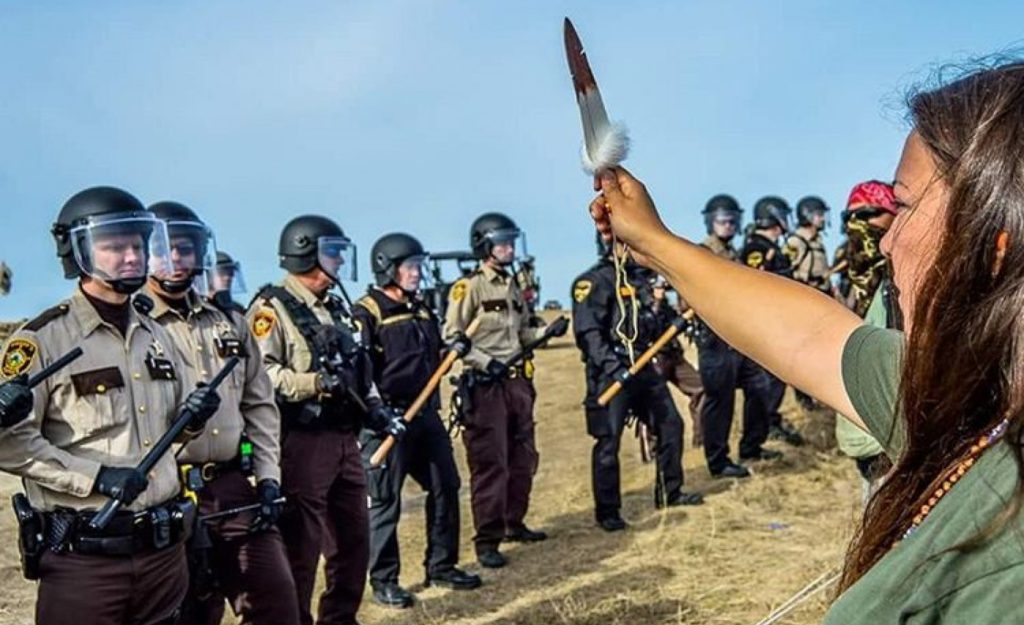 If these words sound like spiritual hypocrisy from a privileged white person blogging far from the front lines, I offer no defense except my ongoing advocacy for my blood mother during her current health struggles, and one more story.

When M., a new patient in my acupuncture clinic arrived last week, I had the strange experience of being in the presence of Mother Mary. A black woman in her seventies, when I asked her where she was from originally, she said “Birmingham, Alabama”, in a solemn declaration that spoke volumes. She briefly alluded to the Civil Rights struggles in the 1960’s, and the harsh challenges facing black people in the South at that time.

After receiving the acupuncture treatment, she smiled and softly began to speak: “I told you I wasn’t going to talk about this, but something tells me to do it anyways.” She related that when she was in her forties, her heart stopped beating at the hospital and she was pronounced clinically dead.

“My spirit had left up to here”, she gestured at her throat. “My body was on fire, burning with pain, but I could not speak to the nurse. Then, I had an epiphany. I felt that I was not yet ready to enter Heaven, that I needed to go back and rededicate my life to serving others, so I came back and that’s why I am still here.” May I and all beings realize such grace under fire.