Recently, I had a conversation with a woman who was in college with me. She told me that as a freshman, she was warned not to attend a certain fraternity because a gang rape had occurred there. I was once a member of that fraternity. I was young, naive and morally asleep at the time.

However, I had never heard the word “rape” discussed in relation to any events at my house during the four years I was there. Then I remembered that several men in the house had bragged about what they had portrayed as a sexual conquest. Beer and alcohol flowed freely at parties, and many an under-aged student drank specifically to become intoxicated. Any notion of “consent” was in all probability absent.

I remember her face and her name, her gentle smile and polite demeanor. She had dreams in her eyes, as do all young students.  I remember that young men talked about her as if she were a goal post on a hockey rink or a line on a football field. I never saw her after I heard those stories. My friend told me that she had left school soon after the incident. 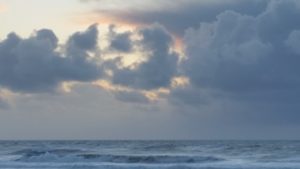 I made an effort to find her. I reasoned that it might help her heal if she knew that someone would support her side of the story, but nobody remembered her name and perhaps it is just as well. Imagine you are a woman survivor of rape with a new life that you’ve built, and suddenly, a stranger is contacting you, reminding you about your deepest life trauma from decades ago, something you’ve worked incredibly hard to heal from.  Would you appreciate having someone, even with good intentions, opening that wound? The empowerment model of sexual assault response acknowledges that the survivor owns their story. It is theirs to tell – if they choose to do so. In the aftermath of having their physical, emotional, and spiritual safety brutally stolen from them, allowing them to own the story is a necessary prerequisite before healing can begin.

I grieved for her, for my daughter, for my wife, for my sisters, for my brothers, for the Earth, for all of us. We are all connected. Sexual violence, rape, misogyny harm us all. They tear apart the web of life that supports us all, leaving behind a tattered violent world where trust cannot grow, where suspicion and hatred rage on, and social justice movements struggle to rise above the internal demons of their own activists. If people are unwilling to face the reality of rape culture, then the wound of misogyny only continues to spread, resulting not only in the election of morally crippled individuals to high office, but also, the continued destruction of Mother Earth.

In the end, I decided to report it to the college as an intentional act of speaking out. Although so many years had passed, silence was not an option for me. I needed to say something while protecting the anonymity of the survivor. It happened. As many as thirteen percent of rape victims attempt suicide. Many more likely experience post-traumatic stress disorder for many years, if not the remainder of their lives.

As the award winning documentary film, The Hunting Ground (2015) makes clear, talking about the issue, rather than avoiding it, is the key to healing this deep social illness.

2 thoughts on “It Happened – Facing the Evil of Sexual Violence”