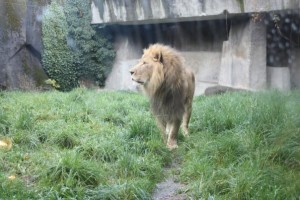 My first recollection of Africa as a white person growing up in America was images of elephants, zebras, giraffe, lions and wildebeests frolicking across the Serengeti while slender tribal people, with skin as black as the night, adorned with colorful clothes and ornaments, hunted, sang, ran, and danced in the tall grass. This fantastical imagery was likely a product of children’s picture books, Tarzan comic books, the TV show “Wild Kingdom” with Marlin Perkins, visits to zoo prisons, and other long since forgotten experiences and media. Gradually, these stories faded to reveal a grittier reality of a troubled continent: the birthplace of slavery, seemingly endless cycles of poverty, drought, hunger, starvation, HIV-AIDS, genocide, female rape and genital mutilation, terrorism and more.

Although my eyes have been opened to a more accurate picture of Africa due to the internet and social media, it still remained a challenge to pop the resilient bubble of my white privileged narrative.   Africa – in my mind – remained a great tragedy in a far away place, to which my life had no relationship, nor bore any personal responsibility. A turning point in my life was my journey in 2010 to Haiti as part of a medical relief team, and a weekend workshop on Healing Institutional Racism later that year led by the People’s Institute.

Internalized racism is not like a thin balloon which can be popped with one quick poke of a needle, but more like an iron ball which must be pulverized with ten thousand swings of a heavy sledge hammer. In Buddhist literature, ignorance is likened to a deep poisonous root which must be pulled from the ground. In other words, awakening to the truth doesn’t happen in an instant.

It is ever difficult to uncover truth when deceit is omnipresent. “History is written by the conquerors,” expresses this fact to an extent, but it is actually much deeper than that. In a spiritual context, truth is obscured not merely by the artful lies of kings and barons, but by our own ignorance. In a Buddhism, ignorance has two aspects – ignorance due to mental conditioning based on habitual ways of looking at things, and innate ignorance which distorts our experience of the world via our natural tendency to view ourselves as separate, unrelated ego-centered beings. While both forms are always relevant, culturally conditioned (or learned) ignorance (including mistaken knowledge due to propaganda) is the main focus of this blog.

If first world views of Africa continue to perceive it through the lens of privilege, vested economic interests, repressed white guilt and denial, then political efforts to heal the tragedy are ever doomed to failure by ignoring the historical roots of the crisis.  And therein lies the disease of white privilege. What is privilege? The ability to avoid a problem due to one’s economic and social position of comfort and security. We white people look away because we can. “It’s an ugly problem, let someone else deal with it.” I’ll donate to UNICEF,  be a click activist, or busy myself with the trappings of the American dream – TV, movies, professional sports, eating, drinking, yoga. Even meditation can be an escape according to the modern Tibetan master, Chogyam Trungpa, who coined the term “spiritual materialism”.

Because America, and much of the so-called modern “first” world was built upon the backs of slaves, the lingering effects of colonialism and slavery is not a topic which invites casual exploration. Only when one has reached a firm conclusion, that a peaceful world can never be realized until all people are truly free, will privileged white people understand that it is our moral duty to work tirelessly to bring true freedom and happiness to people of all races – ending colonialism, racism, patriarchy, capitalism, and all forms of oppression.

I’m not there yet, but working on it. Last week, I attend a talk with my wife entitled “Women of Color Speak Out , Climate Change and Oppression.” One of the first focal points of discussion was the continued economic colonialism in Africa in the form of oil exploration and production by multi-international companies.

I started to think about my seventh grader’s Africa school project, wondering how much context they might be given to make sense of why an entire continent was plagued by so much suffering for so long?

Perhaps such complex and difficult topics are deemed too emotionally troubling for middle schoolers. Africa is “the dark continent” – mysterious, far away and unrelated to our lives, at least according to a mainstream narrative.

President Obama said a few years ago that Africa should stop blaming colonialism and the crushing financial debt that European bankers imposed by force, essentially telling younger generations of Africans to  pull themselves  up by their bootstraps. Does he really think that? Or is he only repeating what the economic elites pressure him to say?  I am sure he knows full well the price to be paid by black men of free conscience who speak openly about their dreams.

And if the President won’t speak out, what use is there for the average individual to even bother questioning the lies that we have all been fed by the wealthy? Why not simply succumb to the “ignorance is bliss” mentality? In the end, each person must answer that question for themselves. Personally, I’ve been down that path and felt my spirit dying.  In the long run, true happiness and peace is attained only through eliminating ignorance and combining that with a sense of compassion and universal responsibility for all life. We are all one people. One life on earth and beyond. It’s a long path, but such a powerful motivation and understanding will see us through any difficulty.

Thanks especially to Zarna Joshi for sharing her knowledge and providing some of the references, and to all of my many teachers in life.