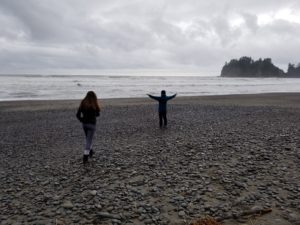 I frequently get questions about whether acupuncture can help certain conditions. In general, the answer is usually yes, with some caveats.  The number one reason people seek acupuncture is to alleviate pain. Acupuncture works great for that. In my own case, I had reconstructive knee surgery in 1990. Afterwards, the surgeon said that out of 100 knee surgeries he had performed, mine had the most post-operative swelling. Someone suggested that I see an acupuncturist – both for the pain and the swelling – and despite having a conditioned fear of needles, I decided to give it a try. I learned two things on that first experience at the old NIAOM student clinic in Seattle: First, the needles didn’t hurt – less than a pin prick or a mosquito bite. Barely noticeable in fact. Second, I was profoundly awakened to the fact that my body was alive with an energy I had never felt before. As the acupuncturist stimulated the needles, the energy flow activated, and that felt very good.  My medical knowledge at the time was scanty, but it I didn’t need an advanced degree to confirm what my body was telling me in that moment – life and health are defined by energy movement. And when the energy flows, healing happens.

More recently, a client told me that he had a reiki session in which the practitioner told him that his heart chakra was blocked. “Is that something acupuncture can help with?,” he asked me.  “Chakra” is a Sanskrit word that literally means “wheel”.  Although no western anatomy text books contain descriptions of chakras, meditators in India, Tibet, and many other places have noted the presence of these energy wheels for thousands of  years.  In Tibetan Buddhism, the chakras are described as knots where many branch channels come together, redirecting their energy flow.  At the moment of death, a serious meditator, using various visualizations, attempts to dissolve all the grosser energies, including that contained within the chakras, into the central channel, in order to gain a vision of the clear light of death. Nowadays, with the advent of internet gurus, there are seemingly countless different theories on chakras – their number, their purpose, and of course five easy steps to awakening their power, all with the help of a $200 webinar of course.

In any case, to answer the question, yes, acupuncture can help unblock the chakra, but here’s the catch: Many modern day spiritual seekers are hyperfocused on what I call the externalities of health and enlightenment.  In a linear, materialistic culture, this is how we are trained to think. Even in acupuncture school, simplistic theories abound regarding supposed “magic” acupuncture points with definite functions. But despite the latest article in the yoga magazine by the checkout stand, offering eight easy steps to quantum living, the reality is more complex, and defies the reductive and rigid meanings imposed by language. In other words, if we want to make progress on the spiritual path, we need to find a qualified teacher, and we need to practice……diligently.

At a certain point in my spiritual explorations, I became fascinated by the concept of chakra healing. And while my intention is not to denigrate this field of knowledge, my later experiences on the path led me to the conclusion that the deeper, more fundamental questions were not being asked. Namely, what are the origins of disease, and even death?  One of my teachers in the early nineties posed this very question to me. With still a year remaining in my acupuncture training, I lived at a rural Buddhist monastery in Northern California for most of one summer, and contemplated leaving school in order to take up the  life of a contemplative monastic.  In the end, I told my teacher that I had decided to finish acupuncture school because I felt that I could help a lot of people. He supported my decision, but reminded me not to abandon the search for a cure to the “disease of death”.

In conclusion, yes, acupuncture can alleviate pain. It can even open and align the chakras. But if we seek to transcend the limited goals of body centered health care, and attempt to unravel the problem of existence bound by birth and death, we need a more complete path, one that understands the nature of karma – which mainly refers to volitional action – under the influence of ego-bound delusions. Once we crack that nut, then we can untie all the chakra knots so that they never get stuck again, attaining “the deathless” and liberating our mind from the endless wheel of suffering, thereby becoming fully capable of leading others on the spiritual path.  Meanwhile, acupuncture functions as a doorway, shifting our energy flow, changing our experience (both physical and emotional) for the better, putting us in a better place to realize the ultimate goal of health, and even assisting in easing the transition at the time of death.