A few weeks ago, I received a letter from a state prison addressed to my Buddhist center. A prisoner was seeking a Buddhist practitioner to correspond with so I wrote back, introducing myself. As a precaution, I used my work address as a return address. Nelson (not his real name), had been in prison for decades. In his second letter, he told me he wasn’t ready to tell me what he was in for, and I didn’t give it much thought, writing back that during our countless lives across the infinity of time, we’ve all done terrible things in the past, but that we all – every living being, from centipedes and piranha to humans – possess the potential to awaken our mind to a state of perfection full of love, altruism, and omniscience. 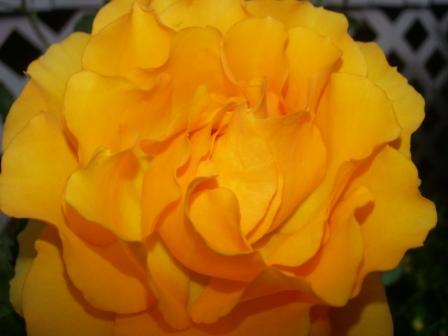 More recently, I received an email alert from the Seattle police telling me that two sex offenders had moved into my neighborhood. I clicked on the links to find out who and where and found a picture and realized that I had seen one of the men while riding my bike a few blocks from where I live. My mind rapidly started to go places as I thought about my ten year old girl, my wife. It’s always difficult to acknowledge our prejudice but I’d rather not live in darkness and denial so I’ve grown used to looking at my shadow side, realizing it’s something I can work with and bring gradually into the light. I wrote to my teacher about the situation and her reply was very helpful:

“Those with sexual offender labels have a really hard time when they get out. Society sets them up to go back in prison. No distinction is made between a 17 year old boy who slept with his 16 year old girlfriend (and was tried as an adult and got a heavy sentence) and  someone who consistently sexually abuses children. No distinction is made between people who have gone through sexual offender programs and have really benefited from them and people who shunned the programs and continued sexually exploiting weaker inmates while they were incarcerated. No distinction is made between someone who was writing to an underage girl on the internet but never touched her and a person who violently raped another. So it’s good to have an open mind and avoid judging people. Help them find jobs, stay away from drugs and alcohol, etc.”

As I began to open the third letter from Nelson, it suddenly dawned on me that he was probably a sex offender and he told me so in that letter, expressing great regret for what he had done in his youth nearly three decades previously. I’m sure his revelation was something that he carefully considered. I wrote back with another story that I thought might strengthen our bond of trust:

In 2000, I was riding on a train in India with my wife. We were in the crowded second class compartment going from Bodhgaya to Dharamasala. I think we had already been on the train for twelve hours and had another twenty four to go. At one stop, into our compartment walked a big burly man, about six foot four inches, and with a fierce look on his face. His wrists were tightly tied with a hemp cord about an inch in diameter, tethered to a uniformed soldier carrying a rifle. We all sat a bit straighter to make room for the new passengers, and perhaps to telegraph our alertness and courage. The energy of our small compartment had completely changed. For quite some time, nobody talked. There had been only two empty seats in our compartment – the soldier sat next to my wife, and his prisoner sat next to me. The rope between them dangled across the narrow aisle, swaying back and forth at every lurch of the train.

After an hour or two, the soldier started to get sleepy and his head drooped down – alarmingly – so that the bottom of his chin was resting on the muzzle of his rifle. The Indian passengers looked quite nervous about this sudden development, and still there had been very little conversation. The prisoner looked very alert, as if he might be calculating an escape. Would he try to wrestle the gun from the sleeping soldier?  My mind contemplated the grim possibilities. I suddenly remembered a story about a small old Aikido master on a train who had defused a dangerous situation with a gigantic drunken and surly laborer.

Something needed to be done to release the tension so summoning up all my courage and awareness of impermanence,  I turned to the prisoner, looked him calmly in the eye, and with a nonchalant smile asked “so, what did you do?”. He looked back at me with a cold icy stare, his heavy breathing scented with alcohol, and said just one word – “murder”. But then he seemed to relax a little bit and told me he was suffering from a gunshot wound. I asked him if it was okay if I did some energetic healing with my hands and he nodded. I moved my hands through his energy field, calling on the life force to heal his wounds and clear his mind of all hatred and anger. Later, he got off the train without incident, to face trial, and perhaps prison, and hopefully some immediate medical attention. 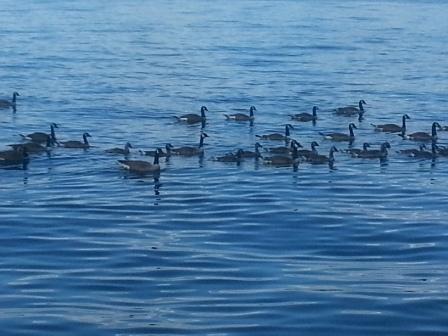 “The fluctuation of our body and life is like a bubble of water; remember death for we perish so quickly. After death, the effects of negative and positive karma pursue us as a shadow follows a body. Finding certainty in this, I request inspiration to always be careful to abandon even the slightest negative action and to complete the accumulation of virtue.” (Lama Tsong Khapa)

May I always have a compassionate attitude towards all living beings and never become mired in delusion thinking, “I am better than this person”, or “I am worse than that person”. May all beings quickly be freed from inner bondage.

Postscript: After rereading this piece a few times and doing more research, I realized that this blog’s original title (“Getting to Know Your Local Neighborhood Sex Offender”) may have led readers to unintended conclusions or struck some people as being callously offensive.

The point of the article is to help us all move beyond superficial judgment and prejudice. I am not suggesting that people go out knock on a former sex offender’s door and say “Hey, welcome to the neighborhood, I got an email from the police department that you had moved here….”  There are two immediate issues involved – safety and privacy. My heart goes out to anyone who has been affected by sexual violence. There is nothing that can replace loved ones lost. And the scars left with survivors of violent sex crimes are deep and painful. This point is made all too clear in our society today.

However, if we are to live in peace on this planet, we must always strive to make a distinction between actions and people. Single out the violent act and abhor that, but do not condemn the spirit of others with vengeance. If we as a society could fully acknowledge the sickness, poverty, despair, and oppression that exists in the hearts of so many, and work to heal that by striving for a more just society – I believe that is a more effective strategy than simply building more prisons. We need to fund treatment programs for people with behavioral disorders. We also need to remove our anger, and rigid judgments which act like a poison in our mind, and our world.