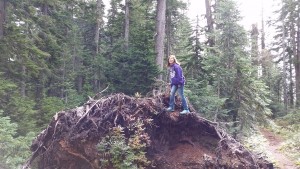 “What happened in Paris”. My twelve year old  asks me point blank, fearlessly, her heart wide open, attempting to understand adult conversations she has overheard at her Saturday language school.

Fortunately, I had remembered Fred Roger’s advice earlier in the day about looking for the helpers in any scene of tragedy. They are the key to hope.

“A group of people with negative thoughts of anger shot guns at some other people in Paris and killed over a hundred”.

“What do you mean a group of people? Who were they”.

“They were part of a group calling themselves the Islamic State of Iraq and Syria – ISIS for short.” But Islam is still one of the great religions of the world. These angry people have misinterpreted the teachings of Mohammed, Peace be Upon Him, the prophet of Islam, if they even follow Him at all. Mohammed taught love, not hate and the vast majority of Muslim people are peaceful and condemn these acts of terror. So don’t confuse angry people with followers of the most practiced religion on the planet.”

Religion isn’t the problem. People aren’t even the problem. The problem is lack of understanding, ignorance of our true nature, habitual states of mind like anger and greed. These are the root of the problem.

“Why do they have so much anger?”

“Many of these people have only seen violence their entire lives.  They have seen their homes bombed, family and friends die, often by bombs built in America, or France, or England, and so they are acting out of their pain and confusion. Their villages have been destroyed, and their hope has been crushed. When people are in pain and confused, they are easily manipulated and incited to violence. Violence is never ending, until we eliminate the negative states of mind.”

Eliminating so-called evil people with retaliatory air strikes not only literally misses the mark – the perpetrators are rarely harmed and more innocent civilians die – but even when war criminals are captured, killing them is not a solution. According to the law of karma, the mind of this life continues into a future life. If seeds of killing are planted in this life, those seeds ripen in future lives. We need to plant seeds of compassion, love, and understanding. 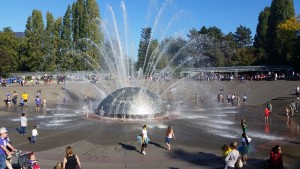 We need to sit together and acknowledge each other’s hurt, rebuild all the homes, villages, and nations destroyed by war, help those who are suffering, and make friends with everyone. There are no strangers, just friends we haven’t met yet.  Once we have alleviated the suffering of the world, there will be no reason for killing.

“You may say I’m a dreamer, but I’m not the only one.” John Lennon

“What would happen if some of these angry people got a nuclear bomb?”

“I don’t know. A lot of people could get hurt and killed.” But remember what the Dalai Lama says, if there is something you can do to change a situation, no need to worry, get busy working on the solution. If there is nothing you can do to change a situation, then again, no need to worry.  There is always something we can do to solve a problem, at least if we look at the long term situation. The main thing is that all of us need to keep living a peaceful life, understanding how our own happiness is connected to the happiness of every living being in the world.”

“Daddy, I remember you 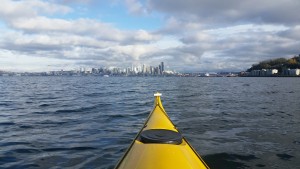 told me once, when we were driving to the Olympic coast and going past Hood Canal, that there was a place where a few submarines had more nuclear bombs than any place in the whole world.”

“Yes, that’s the Bangor Naval Base.”

“If all of those bombs blew up at the Bangor Submarine Base, would it affect Seattle?”

“Yes, it would probably cause a nuclear winter for the entire planet and there would be unprecedented suffering and death on the planet. Millions, if not billions of humans would die, not to mention all the fish, mammals, and reptiles. I guess we need to get busy  and figure out how to disarm all the nuclear bombs”.

“I don’t know, but I imagine there are technicians who would take them apart piece by piece. The important thing though is that once this is done, we need to make a firm decision not to ever put them back together again.”

“First, we have to try inner disarmament—reducing our own anger and hatred while increasing mutual trust and human affection.” His Holiness the Dalai Lama 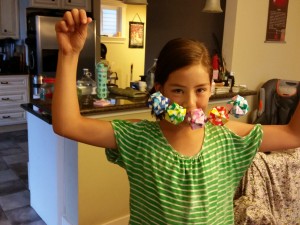