Thanksgiving. We have so much to be thankful for – our health, the beauty and abundance of the natural world, the potential to use our lives in meaningful ways to promote compassion and wisdom in the world. Yesterday, I watched a very powerful film, “Microwave Sciences and Lies“.  Perhaps you heard that in 2011, the World Health Organization (WHO) classified radio frequency electromagnetic fields as a Class 2B potential carcinogen.

Radio-frequency (RF) or microwave radiation – is the wave length on which cell phones and “smart” meters operate. While such a pronouncement is a major shift in policy from previous WHO statements which refused to acknowledge any risk from cell phones, the subsequent downplaying of the Class 2B placement makes apparent the long tentacles of the telecommunications industry and their stranglehold on public health policy.

WHO’s Fact Sheet #193 informs us that while there are 6.9 billion mobile phone subscriptions globally as of October 2014, “to date, no adverse health effects have been established as being caused by mobile phone use.” Huh? On the one hand, WHO says cell phones are a potential carcinogen, and on the other, they are saying there is no causal link between cell phones and cancer, in effect saying, “don’t worry about it.”

The key to unraveling this apparent inconsistency is in the carefully crafted language, specifically the terms “established” or “causal link”.  Causation implies incontrovertible proof, 100% scientific certainty. This is the highest standard of proof. It’s the same type of argument that the American Petroleum Institute utilizes to inject doubt in media campaigns to downplay the reality of global warming. In other words, even considering the thousands of studies supporting the linkage between microwave radiation and biological health effects found in the Bio-Initiative Report, because there is controversy (much of it created by well funded corporate campaigns), 100% certainty and agreement doesn’t exist.

Indeed, when I offered public comment at the Seattle City Council on September 15 during a public forum on City Light’s proposed “smart” meter deployment, questioning the supposed independence of their paid (with your tax dollars) expert, Dr. Asher Shepphard, his response was to dismiss my claim of bias and laugh authoritatively, listing several other substances in WHO Class 2B such as tooth paste whitener, as if to suggest how harmless and benign Class 2B substance are.  If you did a very quick internet search on the chemical derivatives of tooth paste whitener, you very likely wouldn’t consume them either – but on first appearances it sounds very convincing as a dismissal of concern.

Fact sheet 93 and Dr. Asher Shepphard’s meticulously crafted testimony are examples of “product defense strategy” – pioneered in the 1950s by tobacco companies when questions came to the surface regarding the safety of cigarette smoking. Product defense is a very sophisticated method to inject doubt into public debate, to marginalize, smear, and discredit legitimate research and independent voices demonstrating harm. 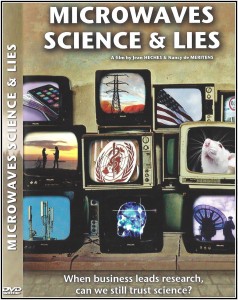 Product defense strategies are used by oil and gas companies to dismiss the dangers of global warming and fracking. They are used by chemical companies like Monsanto to defeat product labeling initiatives which would give consumers the right to know when GMOs are in their food.  Microwave sickness in humans and the environment is real, and the evidence for it is growing daily – for those who are willing to face the cognitive dissonance necessary to overcome our mass media programmed thinking.

Product defense goes after people like Dr. Henry Lai, Emeritus Professor at the University of Washington’s Bioengineering Department who published a report that showed when industry funded studies examined the effects of wireless radiation from cell phones, only 27% established a link. However, when the research is independent of corporate funding, health and biological effects are found in 68% of studies.  Product defense certainly doesn’t disclose that the safety standards used by today’s telecommunications industry date to Cold War era policies of the U.S. military. In the post September 11 world, the Pentagon’s global strategy is to have fewer U.S. bases with more powerful radio-frequency capabilities.

Here in Washington state, hearings are currently being held in Port Angeles to decide whether or not the military will be allowed to conduct electro-magnetic war games within public forest lands on the edge of the crown jewel of the U.S. national park system – Olympic National Park. With military tensions on the rise between Russia and the U.S. over Russian military intervention in Ukraine, and a purported missile jamming incident this April in the Black Sea, there is ample rationale to support Pentagon involvement in the downplaying of public health effects of EMF technology as the military-industrial complex lumbers mindlessly onwards in preparation for World War III.

In my efforts to raise awareness on this issue over the past 18 months, I have learned to celebrate small victories and accept that seeds of information need time to germinate and grow before they can bear fruit. People don’t wake up and change their minds over night, especially when corporate funded science and media have had such a powerful influence over cultural attitudes and public policy regarding wireless technologies.   But if you are waiting for someone else to fix the problem, wake up! As the saying goes, “the revolution will not be televised”. In other words, each one of us has a responsibility to be a truth seeker, whistle blower, or red flag raiser.  Capitalism – which places corporate profits before public welfare – won’t be dismantled by those who are paid to carry out its mission.  Ordinary people will need to step up and take responsibility for co-creating a just, equitable, and peaceful world.

What can you do? Quite a lot actually. Arm yourself with good information, and always question your sources of information. Remember that mainstream media is dominated by a handful of corporations.  Many of the previous articles in this blog have ample citations regarding safety issues surrounding wireless technology. Now that we are in the Christmas season – question the cultural message which tells us that we need to buy more stuff in order to be happy. Instead, consider spending more quiet inner time celebrating the simple things in life, like breathing, friendship, communion with nature. Once we start to unplug a little bit from our cultural conditioning, the truth naturally reveals itself, and this is the greatest gift of all. Blessings of peace to all.