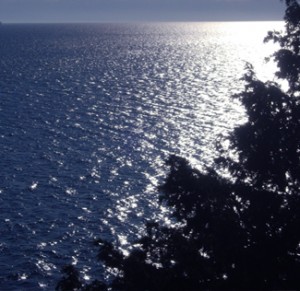 A little over a quarter of a century ago, I was living at a blockade camp in British Columbia’s, Strathcona Provincial Park. Cream Silver, a multinational corporation had plans to open up, you guessed it, a silver mine smack in the middle of one of the most pristine places on the planet, in the northern remote reaches of Vancouver Island. I remember being asked by a fellow activist: “you want to save the world, right?” Without hesitation I said yes.

My home base in the late 1980’s was a one room dome I had built on “Flower Island” somewhere on the wild seashore of Western Canada. Clear cutting of the last remaining virgin forests were occurring all around me and all up and down the west coast of North America. The Exxon Valdez oil spill in Alaska was an open wound oozing black death. I don’t remember which colonial profiteering war was being fought at the time. Amidst the seeming annihilation and destruction of life all over the Earth, I was constantly reminded of the amazing beauty that still existed – paddling with orcas late at night beneath starlight, sitting in carpets of wild flowers on my one person island, spending long hours doing nothing in particular but breathing, being alive. That was a different time – before cell phones and instant messaging, before the Web, before Facebook, before armored drones. I am not a Luddite romanticizing the past, but the ‘80s were a simpler time. It was easier to be aware of one’s breath back then, without constantly being buffeted by the distractions of modern technology. It was a different time and yet, the same. The inner landscape has never changed, only the appearances of the external world have changed.

The blockade was one of the formative experiences of my frontline environmental activism. We slept underneath tarps pitched next to a dirt road. At the camp, there were people living there full time like myself, and organizers who drove up on weekends from communities in the more populated south end of the island to direct strategy. At one point, as we prepared for an upcoming confrontation with the mining company, the camp residents took it upon ourselves to write impassioned statements which we planned to read to the mining company representatives as they attempted to expand operations. The weekend organizers, though grateful for our 24 hour presence at the blockade, regarded us and our ideas with distinct suspicion. They sternly informed us that we needed to audition our statements before them before reading them at an action where media reporters would surely be present.

One of my comrades, a First Nation’s activist, had grown up in a village on the Skeena River. At various points in his life he had participated in hunger strikes and been in prison for something. He had a hauntingly beautiful voice when he played guitar, and was a bit of a fool in the traditional sense – embracing uncertainty, acting with spontaneity, going with the flow, living in joy. I loved him like a brother. The day after reading our statements to the official leadership of our group, as we prepared for our conflict with the company workers, I asked him when we would be reading our statements to Them (as in “us” versus “them”) – the evil corporate minions. “We already did”, he replied. “Huh?” I asked him. In a low voice, he said very slowly, “some of us…are them”. Indeed, it takes a wise man to play the fool. 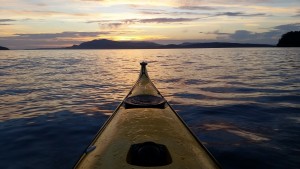 Fast forward to 2015. The level of CO2 in Earth’s atmosphere has surpassed 400 parts per million and continues to rise. Massive ice sheets in Greenland and Antarctica continue to melt at alarming rates. Record heat, drought, and wildfires gripped much of the western U.S. this summer and the Obama administration just gave Shell the green light to drill in the Arctic Ocean. The alarm bell rings louder and louder alerting us to the dangerous uncharted territory we are about to enter. How can we bring the Earth back into balance? How can we save the world?

Incredible work is being done by a coalition of groups including 350.org, Rising Tide, Backbone, ShellNo, Greenpeace, Mosquito Fleet and countless others, combating an array of assaults on the planet and its people relating to climate change, racial justice and police accountability, economic inequality, anti-nuclear, peace and disarmament, animal liberation, sustainable agriculture, anti-GMO groups, “smart” meters, – the list goes on and on. As the father of a twelve year old and a spiritual parent to all children of the world, how should I respond to these challenges and opportunities while still retaining my sanity and not giving in to the frantic mood of impending doom which so often infects movements and groups with an unstated mission of saving the planet?

I think we would do well to frequently reflect on how our anthropocentric and egocentric perspective ever distorts our view. The Earth and the cosmos is always ever in balance. How could it be otherwise? The universe is still here after countless billions of years. It is only our fear and confusion which prevents us from seeing that. Life and death, expansion and growth, contraction and decay, summer and winter – these are natural cycles. And life goes on, following a new river bed. History is in the past. All we have is the present moment. We can neither change the past, nor see the future.

Even though the long view of wisdom reminds us that everything is okay, perfectly as it should be, in the present moment it still matters deeply what we do in the world. Climate change still represents a threat to every living creature on the planet, and there are countless other social issues which we ignore at our collective peril. So what do we do inside this existential pickle we find ourselves in? With regards to individual action, there are no formulas to guide us. Each person can choose to participate in a manner which is in harmony with their skills, resources, and disposition. Some will be on the front lines risking steep fines, arrest, and sometimes violent retaliation from the forces which seek to uphold the status quo. Some will be consultants and organizers. 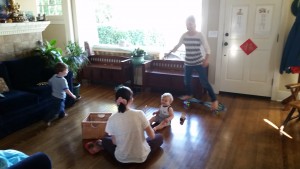 Some will write, sing, dance, draw, paint, make cartoons and fix the computer programs. Some will change diapers (hopefully cloth), some will cook meals and hold babies. Some will pick fruit and vegetables on organic farms. Some will do acupuncture, teach, work in public office. A few may withdraw at times to meditate in the mountains and forests. There are countless ways to serve the greater good. Hopefully everyone will think carefully about the power of voting, and the power of individual acts of conscience and non-violent intention.

There is much naysaying, gnashing of teeth and hand wringing these days. In particular, certain fringe groups predict the end of civilization and human extinction in a decade or so unless we step up and sabotage industrial infrastructure. Such a philosophy and strategy can seem tantalizingly attractive to disaffected individuals, particularly youth, often egged on by privileged organizers who have assumed positions of power and who do not themselves engage in such dangerous and illegal behavior.

Again, this is not to say that the events set in motion by industrial civilization will not have grave consequences, especially for those least able to defend themselves against rising sea levels, potential crop failures, economic and military oppression, disease, and so forth. There is no rational excuse for apathy and social inaction, particularly in relation to the dangers of global warming and human induced climate change – which the vast majority of scientists unequivocally acknowledge as real. It is sheer moral laziness to not act in some way. But those with a long term perspective act out of love, wisdom, and even hope (if I may boldly reclaim that word) not anger, frustration, anxiety and fear.

We may be able to save the world, we may not. Increasingly, the question seems irrelevant to me, at least without a lot of context. If there is a legitimate “save the world” paradigm, I think it would begin by saving ourselves – not in the mortal sense of rats fleeing a sinking ship, but in a spiritual sense of freeing our mind of hatred, greed, and delusion. The middle way path between extremes demands both action in the world, and inner spiritual transformation. To cling to either avenue while rejecting the other leads to various paths of extremism and denial.

I won’t say much more about spiritual transformation as I’ve written about it at length elsewhere. Slowing down your thoughts and really feeling your breath is a good starting place though. For Seattle area readers, I invite you to attend a free public talk on October 15 by Venerable Robina Courtin – Wisdom in Action, Buddhism and Social Engagement. Details here. Here are some practical actions you can engage in to help bring the outer world into greater balance and peace. These are off the top of my head, are certainly incomplete, and may or may not resonate with you. Take what you like, leave the rest. I welcome you to share your own list or add other viewpoints if you like by commenting.

Ten Things You Can Do to Change the World for the Better:

1 thought on “The Problem with Saving the World”