Today, I was struck by several pages of a book discussing our ways of perceiving the world in modern life. Perception – according to one school of modern psychology – can be broadly divided into two categories – utilitarian, and appreciative.

In the former, which phenomenological psychology holds that alarmi 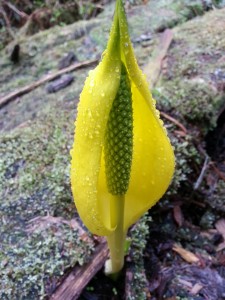 ngly, much of modern cognitive life resides, humans view the world as a means to an end:

“The world becomes a gigantic gasoline station, an energy source for modern technology and industry. The relation of man to the world as such is in principle a technical one, developed in the seventeenth century first and only in Europe. It long remained unknown in other continents and it was altogether alien to former ages and histories.” Heidegger (1966).

Heidegger’s disgusting political affiliations aside (he was a Nazi), this passage portrays well the utilitarian mindset of modern man, always on the go, goal oriented, increasingly unable to pause and

In the appreciative mode of perception, life is a rich meditative experience. Things, other living beings, nature, everything…is perceived as intrinsically valuable in and of themselves, irrespective of any motive (conscious or not) that we may hold to use them for our own self-centered purposes.

To live in a fully awakened state – capable of both focused goal directed activity, and total immersion in the richness and depth of life, simultaneously – this is the way of peace, freedom, and complete happiness. Every activity (or non-activity) is enriched if we can hold both ways of seeing/being at once.

On the surface,  this has very little to do with “your brain on smart meters”, but as we move into that subject, as someone deeply interested in and committed to healing, I remind you (and me) that every problem, every modern life threat/irritation/disaster, presents an opportunity for deepening our intimacy with life, finding freedom in the present moment. Our task is ever to remain open at the widest level of awareness, no matter what is happening.  Onwards! (…and sideways, reverse and a thousand million directions at once), with stillness in our heart.

Last summer, I wrote an article about Smart Meters and then quickly got distracted by other things. Now it is time to pick up those loose ends. Smart meters are a serious threat to your physical and mental health, as well as to the delicate web of life on the planet Ironically, it seems that Seattle  – one of the high tech hubs of the universe – seems to be one of the last places in the world where smart meters have yet to be installed on every home, apartment building, and office.

On Wednesday, May 28, 2013, at 9:30 a.m. – the Energy Committee of Seattle City Council, chaired by Kshama Sawant, will host a public hearing on smart meters. City Light uses the label, advanced metering initiative (AMI), but this is clearly a public relations ploy to shift attention away from the fact that this is about smart meters which have increasingly been the focus of much negative attention in the media. An award winning documentary – Take Back Your Power – which cuts open the corporate underbelly of the smart meter state has just been released. Please consider investing in a copy and/or stream it online in preparation for packing the City Council chamber on Wednesday, May 28. 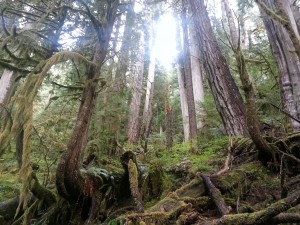 Here’s the issue explained very briefly (refer to my other linked article for more information, or the resources below). For a decade or two, the federal government has been proclaiming that we need to upgrade the nation’s power grid infrastructure which is failing.

Enter the so-called “smart” grid which envisions radio-frequency broadcasting devices on every house, apartment, etc. gathering usage data from every electrical appliance in your house and transmitting that information in real time. We are told this will result in huge energy savings and efficiency. To begin with, a lot of meter readers will get retired or transferred to other departments.

These promises of cost efficiency and carbon reduction alone are enough for most politicians and people to endorse the smart grid -smart meter concept. However, these promises of efficiency are half truths at best, and gloss over deeply concerning abrogations of Fourth Amendment privacy rights, while continuing to ignore a growing body of data regarding the harm that radio frequency radiation (RFR) causes to the human organism.

A more likely reason why we are being sold this bundle of goods is that the world’s largest energy corporations and distributors wish to remain profitable ($$$$) and in control even as they see the sun setting on their empire. Independent experts say that it would be foolish to revamp the current energy grid based on millions of miles of copper wiring and centralized control. It is inefficient, and highly vulnerable to both cyber-terrorism and Big Brother manipulation.

In fact, with the recent revelations by Edward Snowden of the Prism spying program, there is widespread evidence suggesting that granular data collected from the smart meter on your home could well be used to spy on you – noting what time you wake up, when your coffee machine gets switched on, whether you use the stove or the microwave to heat up your food, every time you open your refrigerator door – in short, an intimate profile.

A sustainable energy grid for the future  – if there is to be any future for human civilization – will be decentralized and local, based primarily on solar power, but of course the dinosaur oil and gas corporations are fighting that tooth and nail, lining the pockets of every politician and financing an army of trolls monitoring social media, planting the seeds of doubt regarding the existence of climate change and global warming, and too often feeding us comfortable lies instead of inconvenient truths.

Fear not though, the darkest hour is just before the dawn. Thanks for caring. The future is in your hands. Politicians listen to two things – money and votes. It’s up to us to educate ourselves and act wisely. Everything is about to change! Enjoy the ride….and the flowers.

Dr. Karl Maret, M.D., Engineer, discusses smart meters and RFR, January 2014.  This video is excellent at distilling the complexities of this issue into layspeak.

Petition to Seattle City Council for moratorium on Smart Meters :