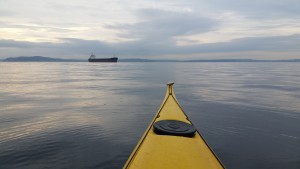 Twenty seven years ago today I heard the news. The Exxon Valdez had run aground in Prince William Sound, Alaska, spilling hundreds of thousands of tons of crude oil in a pristine wilderness, poisoning life in one of the last large unspoiled ecosystems in our world.  The captain of the ship was legally drunk at the time. A painfully ironic parallel exists in that our present day fossil fuel addicted economy lurches and staggers towards disaster, with oil executives and shareholders binging on corporate profits, steering humanity way off a sustainable course and headed for a proverbial Bligh Reef of civilization ending proportions.

I was sawing drift wood for my tiny stove on “Flower Island”, a small island on the West coast of Canada, far from the city and the corporate ladder which I had recently jumped off and left in my wake. When the announcement came over the radio, I put down my bow saw, stepped inside my one room cabin, sat down and cried.

During my sojourn in Canada, I was also witnessing the rape and pillage of native forests. On nearly a daily basis I watched log barges piled high with earth corpses heading towards pulp mills, resulting in further carcinogenic pollution to air and water. Sitting alone in my cabin by the stove, feeling the intensity of the Earth’s pain as my own, I suddenly remembered that twelve years earlier, I was introduced to meditation, helping me cope with suffering. I never went back to the corporate ladder, but I did eventually leave my modern Thoreau experiment, reengaging with society in hopes of sharing what I learned on the fringe in a healing way. And I began to meditate again. 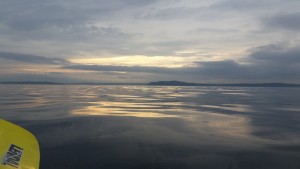 Meditation is often mistaken as being simply a blanking out of the mind in order to achieve a state of quiet and calm. That is only one type of meditation (“shamatha” in Sanskrit). However, in order to achieve inner freedom, and to manifest enlightened wisdom in action, insight or analytical meditation (“vipassana” in Sanskrit) is required, in combination with calming meditation. Wisdom has many levels. Suffice it to say here that it encompasses an understanding that everything is connected. When we harm life, later the circle comes around and we are harmed.

As a society, we are very good at anesthetizing and running from our pain. We have everything from powerful sedatives, alcohol, recreational drugs, food to professional sports, relationships, work, adventure tourism, and ten thousand possibilities. None of these by themselves are negative. But if we only dull our pain without investigating the cause, we never understand how to heal. We never break the cycle. Calming without analysis. Band aids without a cure.

The earth is us. We are the earth. Her ocean flows through our veins, her solidity strengthening our bones. The pumping of our heart draws strength from the molten core of the planet. Sunlight shimmering through the trees is our own nervous system. And we feel her pain. We know she is suffering, somewhere in the deep recesses of consciousness. We also know that our fossil fuel economy, concentrating short term profits in the hands of a few while continuing to dump climate altering greenhouse gases into the atmosphere, is close to the root of the problem. I say close to the root, because the deepest root is ignorance which gives rise to self-centered desire and greed.

We are members of 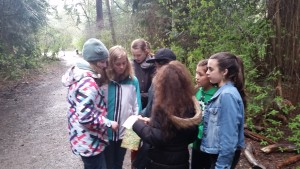 a cult (modern consumer-industrialist society). Doesn’t it strike you as insane how we commodify nature? Have you ever noticed near new construction projects in urban areas, there are signs on trees assessing them with a dollar value? We are addicted to fossil fuels and as our deranged binge draws closer to its inevitable conclusion, our deep pathological denial will eventually become clear to us. Perhaps it is already happening.

Things are starting to shift. Children are suing the federal government for depriving them of life, liberty and the pursuit of  happiness. Social activists are connecting the dots between climate change, economic injustice, racism, colonialism, capitalism, patriarchy, and all forms of violence against life.

As an acupuncturist with a commitment to health and healing, I have been asking myself more and more, what does it mean to practice the healing arts if one sees that the earth which sustains us all is in danger? Do we content ourselves with handing out herbal pills or poking people with needles while the web of life is dying from a human induced cancer?

We can no longer assume that the comfortable ways of the past will continue, and for billions in the world, they are being lost now (if they ever even existed) – due to war, drought, rising sea levels, fires, deforestation, refugee crisis. All of these are connected with our own heart, our own life. Not separate, connected! We must take a stand, or continue living (dying) in denial. I hope to see you on the front lines as we build a community which can heal and sustain our world.

Stand Up to Oil